WIN LOSS WEEK 2022
The Post-Covid Buyer: How to Win

Are you finding it harder to get inbound leads? Are you challenged to find sales professionals with the passion and drive to close? Are you a sales professional finding yourself ghosted more than ever before? Are there more buyers in the sales process each with less time? Are you seeing declining win rates, longer sales cycles, and fewer bake offs?

If you answered yes, you are not alone. Modern sellers are encountering a new buyer. Informed. Overwhelmed. Networked. The buyer of today is rejecting the scripted outreach and playbooks better provided through websites. AI is curating their experience. In this world, trust, empathy, and reputation are everything. 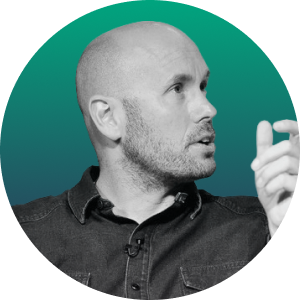 Stephen Messer, founder of Collective[i], has been an active entrepreneur and investor in the digital economy since the commercialization of the Internet. Collective[i]’s global network and application applies artificial intelligence and machine learning to support agile sales. Collective[i]’s mission is to enable global prosperity by helping companies and sales professionals worldwide leverage both human connections and machine generated intelligence to forecast, manage, and grow revenue. Mr. Messer and his sister, Heidi Messer, co-founded LinkShare Corporation (now known as Rakuten LinkShare), host to one of the world’s largest online affiliate networks, a distribution channel employed by over 80% of advertisers and publishers accounting for 20% of the revenue driven to e-commerce sites. Mr. Messer served as Chairman and CEO of LinkShare until its sale to Rakuten (4755:JASDAQ) for $425 million in 2005.

Mr. Messer is also an active angel investor in technologies. He is passionate about building networks, platforms, and communities with the potential to innovate and have positive social impact at scale. He serves on the board of Spire, which operates a constellation of satellites that provide weather, tracking and other data and as an advisor to Tribeca Venture Partners. Mr. Messer received a bachelor of arts degree from Lafayette University and his juris doctorate from Cardozo School of Law.