Engage with us on LinkedIn. Tag the speakers and tell us what you think.

John Hanks, VP of Sales, & Ann Vom Lehn, Account Executive, will be discussing why companies should take a look at implementing a robust win-loss program. We know talking about win-loss platforms, as a win-loss platform, can come across as salesy or too on-the-nose, so we decided to lean into it. If John or Ann start to pitch, sell, or otherwise persuade you to buy Clozd, there are fun penalties in place they’ll have to accept & accomplish. So join us as we discuss why you need a win-loss program without selling you Clozd. 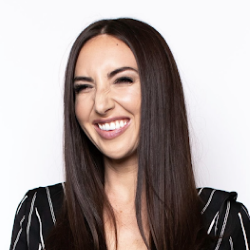 Ann has been at Clozd since Year 2, starting on the back-end of program delivery before transitioning to sales in 2020. Before the transition to tech, Ann worked primarily in the non-profit /public sector: she ran marketing for a boutique philanthropy firm in LA, graduated with an MPA from USC, and prior to that, led humanitarian aid teams in Cambodia, India, Uganda.
‍
Outside of business casual, Ann dabbles in acting, writing music, and anything outdoors (running, climbing, canyoneering, you name it). 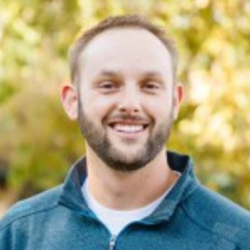 ​​John has worked in B2B Software Sales for over 10 years and has built both SDR and AE teams/orgs throughout his career. Prior to becoming the VP of Sales at Clozd earlier this year, John spent the prior nearly 8 years at Qualtrics. John has held a variety of roles, leading teams of over 100 people. While at Qualtrics, the sales org grew from 70 to 1,000+ people and generated 4-5-% YoY revenue growth, resulting in an $8 billion acquisition by SAP and later an IPO valued at $20+ billion.
‍
John graduated with a Marketing Degree from the University of Utah, is a proud girl dad with three daughters and is an avid Taco Bell fan.